We here at Genability think a lot about electricity tariffs, their design and their impact. It’s why we built our latest product Signal, and our company for that matter. We fundamentally believe that the power of price will help us solve our energy problems. Two recent reports shed some light on the power of price and how electricity rate design is a high impact, low-cost, way to mitigate many of the challenges facing the modern electricity grid. Here is a summary of our summer rates reports reading list (say that three times fast).

Regulators and utility companies are facing $50B to $80B in additional costs per year over the next decade to address the complex challenges from increased peak electricity demand, higher penetration of distributed energy resources (DER), and an aging grid infrastructure. In addition to these costs, utilities also face significant revenue shortfalls resulting from customer defection attributed to DERs such as rooftop solar and storage.

Utilities are increasingly moving from simple flat $/kWh rates to tiered, time varying and demand based rate structures. These new structures are enabled through advanced metering infrastructure, and are inherently more complex. Widespread customer adoption of these new tariffs, whether voluntary or by mandate, is the only way for utilities to realize cost benefits associated with converting to new rate structures.

A recent publication by the Rocky Mountain Institute titled The Economics of Demand Flexibility determined that residential rate reform alone can lead to approximately $13 billion/year in avoided infrastructure costs (Figure 1). The majority of these cost savings are derived from avoided use of expensive peaking power plants (frequently referred to as “peakers”) as well as avoided cost of building new generating and  transmission capacity. (You can read the full RMI report here). 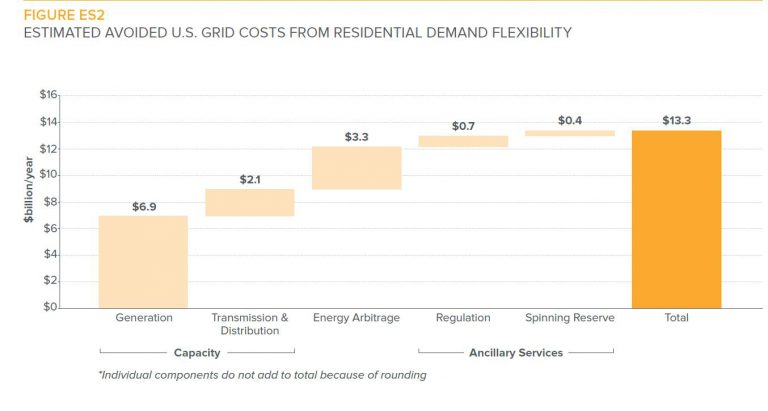 While aggregate electricity consumption has flattened over the past few years, peak loads continue to increase as load curves further polarize between peak & off peak (the CAISO duck curve, Figure 2). Utilities conventionally build more capacity to facilitate peak load, which means higher rates for customers even with flat or declining gross electricity consumption.

By making energy more expensive when expected load is higher, utility companies incentivize customers to modify when they use electricity. This ultimately saves both consumers and utilities money over the long run. When designed and executed correctly, benefits of effective rate design alone can shave peak loads by 10%, as proven by Sacramento Municipal Utility District in a 2 year pilot. 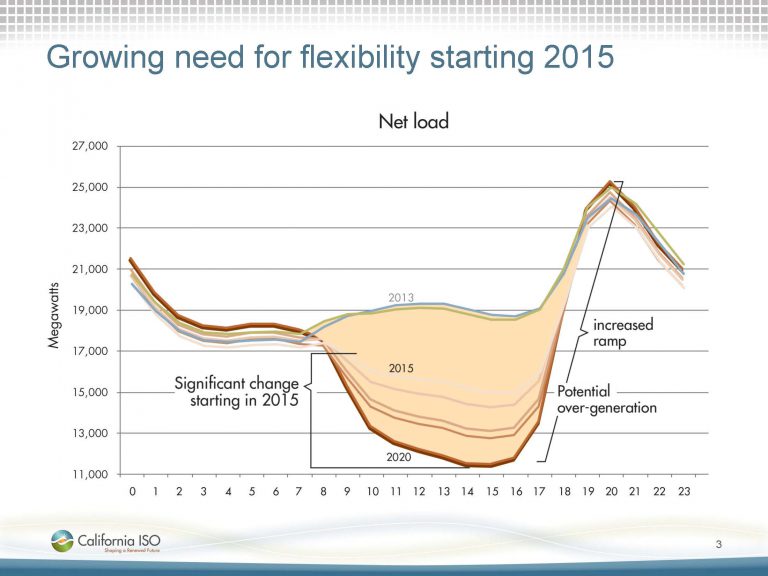 With greater than 1,000,000 solar installations and 500,000 electric vehicles sold, U.S. consumer preference for alternate energy resources is indisputable. The rapid growth of solar, storage, microgrids, demand response, electric vehicles and connected devices presents both opportunity and risk for electric utilities. Some utility companies cite DERs as the reason for grid instability, revenue shortfalls, and claim that those with solar or storage benefit from current regulatory policy at the financial expense of others.

The National Association of Regulatory Utility Commissioners (NARUC) recently released a report addressing the role of DERs in the future grid, and outlined rate design as a major driver in aligning utility and customer priorities. The Manual on Distributed Energy Resources Compensation is intended to be a neutral manual helping utilities, regulators, and distributed energy providers use rate design as a way to bring together business models. The focus is on assigning appropriate value for electricity exported into the grid as a function of load conditions for a particular time and location. Over the next several months stakeholder comments on the publication will be made public driving increased dialogue. There are already examples of utilities using rate design and market-based compensation as ways of using DERs to their advantage such as the recent procurement by Southern California Edison and New York State’s Reforming the Energy Vision.

Genability has been working closely with the biggest names in distributed energy  services for over 5 years providing cost and savings analytics. Our newest product Signal is the first cloud-based utility rate engine with national coverage built for today’s grid. We’ll follow up in the next post about what makes Signal the world’s greatest rate engine. If you have questions or would like a demo please contact us.

Signal, Why it's the Best Utility Rate Engine