The Electric Reliability Council of Texas (ERCOT), which manages 90% of the electricity market in Texas, recently wrapped up its summer season. Reminiscent of record grid loads in August 2015, the ISO saw some dramatic moments this June through September:

First, four new peak load records were set starting August 8th, when ERCOT experienced demands above 70,000 MW, maxing out at 70,572 MW on August 10. Mid-September also saw a strained grid. At one point demand surpassed projections and reached within 3% of all available capacity. This comes dangerously close to triggering supply issues that could lead to major throttling of supply or even blackouts.

How were customers affected?

As the ISO overseeing Texas’ massive deregulated energy market, ERCOT’s major responsibility is to manage an economic system that incentivizes consumers to reduce and/or move load when the grid experiences a tightening of the gap between supply and demand. One way in which the market incentivizes a balance between supply and demand is through a real-time energy market, in which prices for wholesale electricity are determined by ERCOT at 15-minute intervals for different locations on the grid.

With higher summer demand, August and September saw increased real-time rates (as expected). For example, the Houston load zone experienced a median rate of $21.13/MWh this summer, but saw rates as high as $906.26/MWh in August. We see this and similar rate spikes in the following plot: 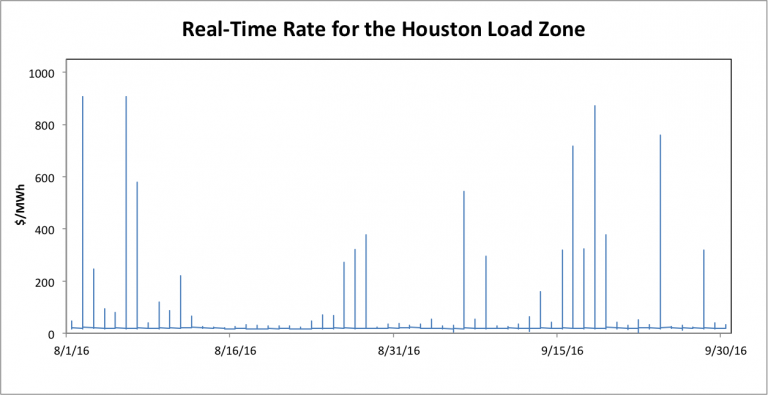 How do these spikes fit into the bigger picture?

We can look to rates in previous summers for answers. As shown in the following plot, median summer rates for the Houston, North, and South load zones in summer 2016 were on par with, or lower than previous years. 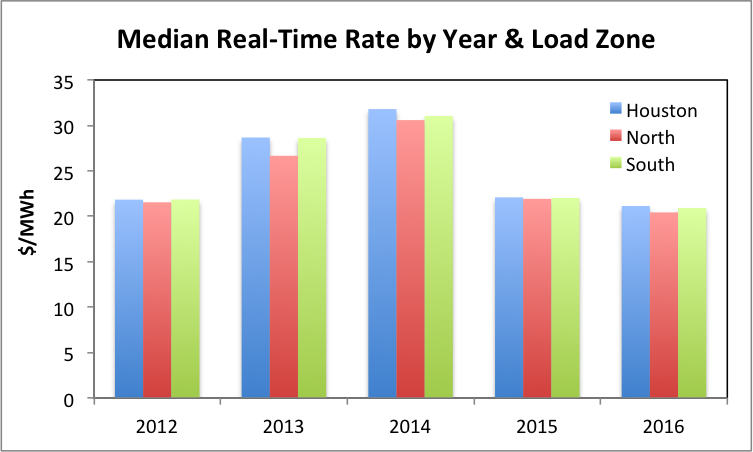 Similarly, peak real-time rates for 2016 are roughly on par with previous years, and are particularly similar to peak rates in summer 2015: 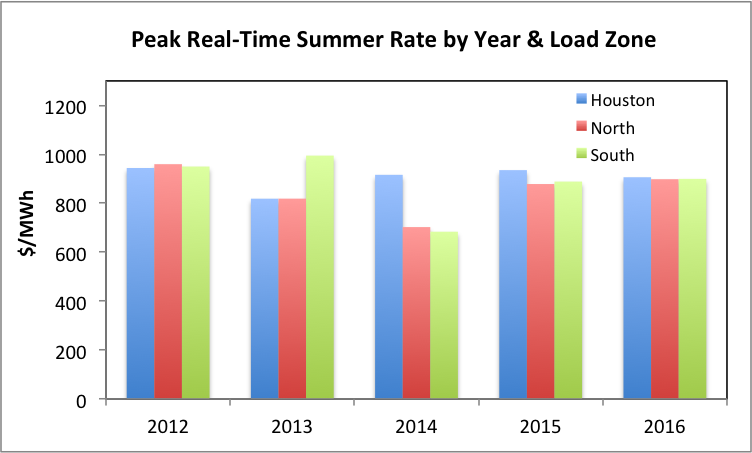 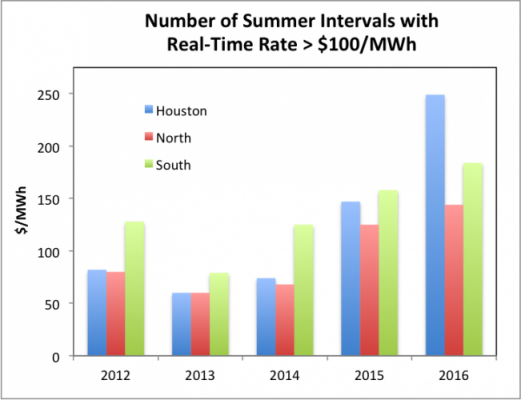 Where do we go from here?

Thanks in part to unusually high fall temperatures in parts of Texas, buyers of wholesale electricity are still exposed to high rates. In October alone, the Houston, North, and South load zones saw real-time rates above $100.00/MWh in 25, 24, and 48 intervals, respectively.

We here at Genability think a lot about electricity tariffs, their design and their impact. It’s why we built our latest product Signal, and our company for that matter. We fundamentally believe that the power of price...