It’s holiday season! That means homes in communities across the America are decorated with colorful displays of cheer. The bright lights and robotic Santas come at a cost though, many homeowners will experience unexpected increases in their November and December electricity bills, some by more than 50%. 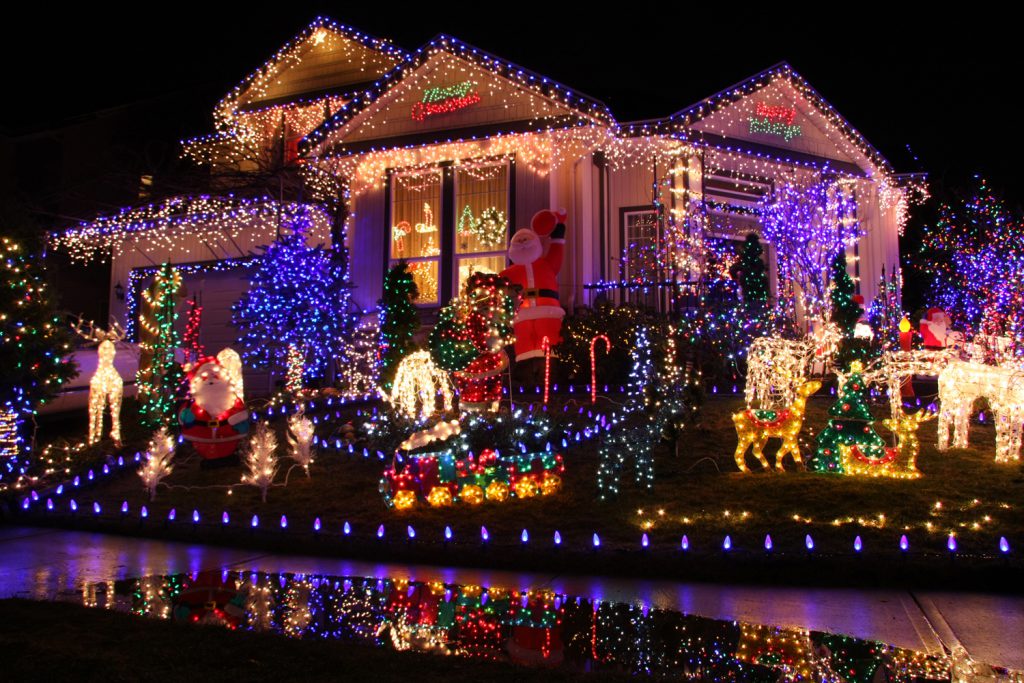 Most people opt for manageable outdoor setups with lights around their lawn, around trees, and along rooflines. There are however some homes and neighborhoods renown for highly elaborate displays which may include thousands of lights, robotics, music and more. ABC airs an annual competition where families and neighborhoods compete with each other for the coveted Light Fight crown, awarded to houses with the most outrageous decorations. Winners from last year’s competition had anywhere from 80,000 to 1,000,000 lights (of various types) per home. While the decorations alone for these setups can cost upwards of $10,000 and are often professionally installed, _ a relatively undocumented cost is the electricity required to power the show. _

One emerging trend in holiday lighting is the use of LED lights to improve lifetime costs for those who plan on lighting up their homes every year. LED holiday lights are rapidly growing in popularity compared to their incandescent counterparts as they become more cost competitive. LED lights, while still higher in upfront cost, last more than 5 times longer than conventional bulbs and use a fraction of the electricity. There are several great resources highlighting the benefits of LED lighting including a recent blog post from our friends at Sunrun and an online guide from PG&E.

Homeowners may experience some level of bill shock depending on how many lights they install, their location/electricity tariff, and their choice of lighting technology. We’ve quantified electricity cost increases associated with typical and highly elaborate (think Clark Griswold)  holiday light setups in locations where past Light Fight crown winners were located such as Brooklyn, Salt Lake City, and Livermore. The added costs below assume 2,500 lights for the standard condition, and 50,000 lights for the Griswolds condition, with a mix of larger and smaller lights for each case. 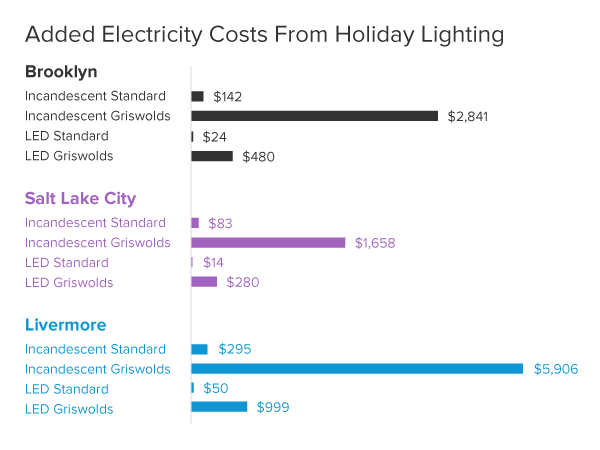 As shown in the table, electricity costs can skyrocket, particularly for homeowners opting for more elaborate setups. LED lights significantly mitigate these cost increases, and require 4X - 5X fewer bulb replacements. Choice of technology ultimately depends on how many lights you plan on installing. It may not be financially advantageous for all homeowners to use LEDs, although the large majority of people will benefit.

The team at Genability wishes you a very Happy Holidays and lower electricity bills in the year to come!

Florida Electricity Rates in to our Utility Rate Database

The Electric Reliability Council of Texas (ERCOT), which manages 90% of the electricity market in Texas, recently wrapped up its summer season. Reminiscent of record grid loads in August 2015, the ISO saw some dramatic moments this...

We here at Genability think a lot about electricity tariffs, their design and their impact. It’s why we built our latest product Signal, and our company for that matter. We fundamentally believe that the power of price...