In March 2016, Genability migrated its application servers and databases into Amazon’s Virtual Private Cloud (VPC). We initiated this change anticipating that it would not only provide hard security guarantees, but reduce our infrastructure costs without impacting performance. After a few months of close monitoring, the results are in: mission-critical resources are inaccessible to the public internet and we’ve reduced infrastructure costs by 50%, all while handling a tenfold increase in daily API traffic.

Established as a default in late 2013, AWS VPC allows users to create cloud resources which are “logically isolated from other virtual networks in the AWS cloud”. This has several advantages:

For Genability, this means we’re able to segregate our AWS resources into public and private subnets, isolate our production data, and establish fail-safe defaults which allow new resources to access what they need quickly and securely.

For accounts created before 2013, AWS also provides an incentive to make the VPC switch: access to the AWS T2 instance type.

AWS T2 servers “provide a baseline level of CPU performance with the ability to burst above the baseline”. This is great for most of Genability’s applications which, like most electricity grids, experience peak traffic which is substantively greater than the base load: 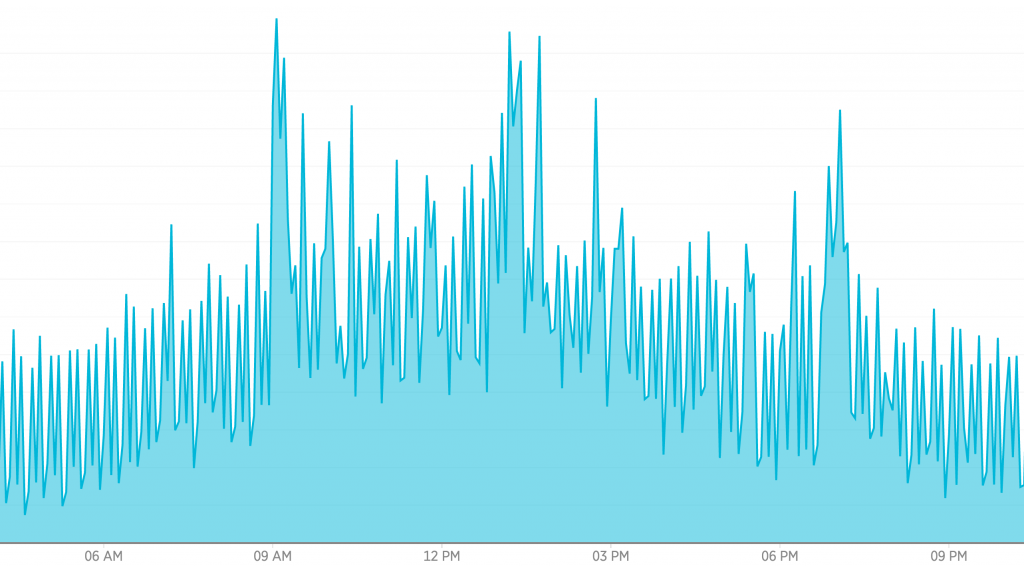 When traffic is low, T2 servers earn “CPU credits” which can be used when traffic is heavy to dynamically meet demand with the same level of performance. For Amazon, this means a more efficient use of their resources; savings they split with their customers.

Switching to the T2 instances, combined with some overdue AWS housekeeping, reduced our AWS costs to 50% of their 2015 average:

At the same time, traffic on Genability’s API increased tenfold:

What’s next: performance improvements aimed at reducing server-side response times by 30% to help us exceed performance expectations under increasing load.

Today we are pleased to announce we have closed a $3 million investment from WindSail Capital. WindSail helps companies that advance energy innovation, with a particular focus on energy sustainability (http://www.windsailcapital.com). They provide debt to companies with...

Genability takes API performance very seriously.  We’re committed to continuously improving the performance of our software products as we grow in both functionality and customer adoption. We spent a lot of time this summer enhancing the stability...

It’s a bitter-sweet day. Today is Laylee’s last day at Genability. If you’ve ever emailed, called or visited us, you’ve likely met Laylee.  She’s been our office manager, team cheerleader and Jane-Of-All-Trades for the last three years....