Solar is an attractive proposition in Hawaii, with great solar irradiance and high utility rates. 1 out of 4 homes in Hawaii has gone solar.  A home in Honolulu that uses 1,000 kWh/month and installs a 5 kW system can eliminate over $2,400 in utility spending in the first year at an avoided cost of 33.6¢/kWh.  It’s no wonder that Hawaii has installed the second most residential solar in 2013 according to GreenTech Media.

As those of you who have vacationed on the aloha isle can attest, the microclimates vary tremendously.  You could be on the beach one minute and hiking up a mountain later in the afternoon.  For example, the Honolulu airport gets twice as much sunlight as Ahupua National Park and they’re about 25 miles apart. 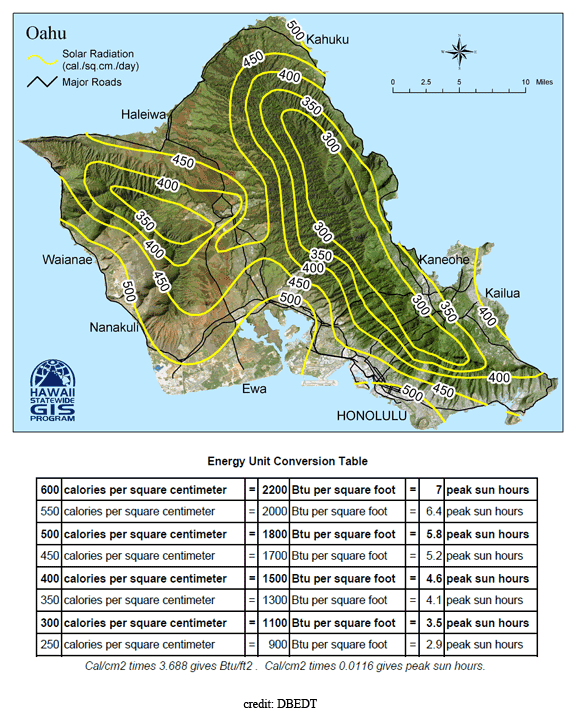 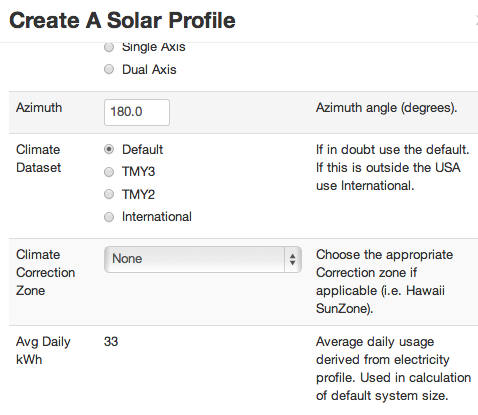 The example above is for Oahu, but the State Energy Office has mapped all the islands similarly.  The great news for solar developers is that utility costs are even higher on the other Hawaiian islands.   So when you create projects in Hawaii, don’t forget to incorporate the SunZone.  You’ll get more accurate estimates for your quotes and your operations and maintenance team will thank you after install.

We’ve released a new set of typical electricity usage profile data called Typicals.  If you’re working with customers to calculate energy savings and you “typically” ask for their usage data, Genability Typicals will be of some use...

When we first started collecting electricity rates we went after the utilities and states with the most customers (California, New York, Florida, etc.).  To date, Genability has collected electricity rates that represent 88% of Residential customers and...

Value of Solar in the U.S. Virgin Islands

The U.S. Virgin Islands is a great place to vacation. What’s not so great are the island’s electricity rates.