Since the inaugural launch in San Francisco in September 2011, Cleanweb has gone national.  Cleanweb hackathons are designed to gather innovative programmers, designers and entrepreneurs to bring attention to and create technologies that solve environmental issues in a 48 hour time period.  So far this year Cleanweb has hacked New York City, Boston, Boulder, Santa Clara and June 8th will mark the first Cleanweb Solar Hackathon in Oakland. 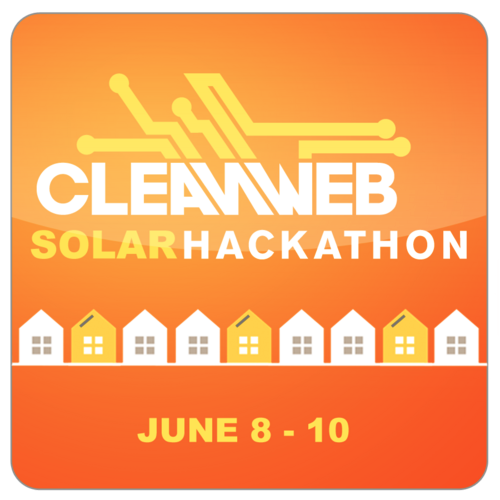 At Cleanweb Solar, teams will be tasked with creating new ways to accelerate solar energy development and adoption.  The Solar Hackathon, hosted by Sungevity - a residential solar company - is a great opportunity for industry professionals and developers to network, create new tech solutions that promote solar energy and compete to win cash prizes for best app.

Genability is a proud sponsor of the event and is joined by BrightPath, WSGR, Spring Ventures, One Pacific Coast Bank, and .Net. Also, we are probably going to work on a project or two. Top of our list is something related to Virtual Net Metering (a.k.a solar for those of us who live in apartment buildings). There are some interesting changes afoot (http://www.cpuc.ca.gov/PUC/energy/DistGen/vnm.htm).

Hackathon sign-ups are still open. Reserve your spot and become a part of what could be the next big thing in clean technologies. If you want to be on the winning team.. look for “Something on Virtual Net Metering”.

Reporting after, we said “Sun was Shining on Cleanweb Solar”

This weekend concluded the first Cleanweb Solar Hackathon hosted by Sungevity in Oakland.  Developers, programmers, and business types all collaberated to create teams that competed against one another to build applications that made solar power easy, efficient and a part of our daily lives.  To kick things off, the audience heard words of encouragement for Sungevity Founder, Danny Kennedy, Cleanweb Co-Founder, Blake Burris and Oakland Mayor, Mayor Jean Quan. 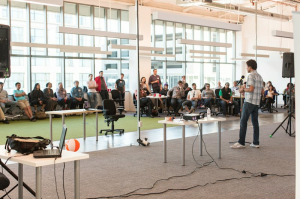 Members of Genability were represented by Team SunnyAndShare.  Their application would help condo owners and tenants assess the benefit of subscribing to an interest in a solar system on their building; as more people sign-up, the bigger the system and the lower the cost.  SunnyAndShare received an honorable mention from the judges for solving a great problem.

Here are a few apps that we liked that used Genability’s APIs:

Winning the award for Best Technical Accomplishment: Kijani -this web app visualized your energy consumption and production in real-time. It shows you how much energy your various appliances are consuming relative to how much solar power you are generating at any given time of the day.

Great job to all the teams that participated this weekend!

Did you miss out on this event? Not to worry, there are several Cleanweb Hackathons coming up.  Cleanweb Paris is just around the corner, a full events and cities can be found on the Cleanweb site.

Genability Awarded SunShot Funding by the Department of Energy

Cleanweb Hackathon in Boston May 2012

This past weekend, Cleanweb Hackathon hosted its third event.  The first two, San Francisco and New York, were both huge successes so there were big expectations for Boston. The event included 16 teams with close to 80 hackers....

Texas is the only U.S. state that used to be its own country and it’s the only state that isn’t served by either the Eastern or Western Interconnection. It was the first state to deregulate its electricity suppliers...

Researchers at MIT are hard at work on the problem of solar efficiency, and lowering the cost per kilowatt on solar panels. A few weeks ago, senior researcher Jeffrey Grossman presented his findings on a new type...

Get ready to change the way you think about your electricity bill! The Department of Energy (DOE) just announced the details for its Apps for Energy competition.  The DOE is challenging developers to use Green Button data...