Review of California's Proposed Commercial Time of Use Electricity Tariffs

In 2019, both Pacific Gas & Electric (PGE) and Southern California Edison (SCE) will introduce new Time-of-Use (TOU) periods for commercial tariffs. Both utilities are moving highly-priced peak hours later in the day, from mid-afternoon to 4-9 PM. If you are selling solar, storage and/or energy efficiency in California, you want to be sure to calculate savings using these new tariffs. Thanks to Genability’s new Proposed Tariffs product for enterprise customers, now you can!

New Time of Use Periods and Volumetric Charges - SCE

SCE is expected to introduce their new TOU periods in March of 2019.  Headlining the changes are a shift of the On-Peak (Summer) and Mid-Peak (Winter) periods from Noon - 6 PM later in the day to 4 PM - 9 PM.  This moves the highest priced periods outside of the peak hours of solar production.

Further impacting solar customers, SCE has also introduced a matinee Super Off-Peak period in the winter from 8 AM to 4 PM, covering nearly all of the solar production during those months. Also of note, current TOU-8 Options A and R will become Option E, and current Option B will become Option D. 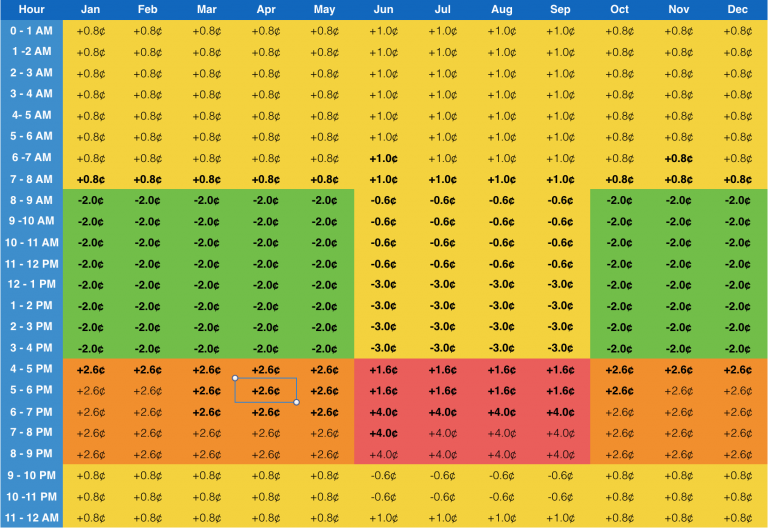 PG&E will introduce new TOU Periods in the fall of 2019, making changes similar to SCE.  The changes start with a shift of the season definitions, moving from 2 seasons to 3.

The new Spring season for PG&E has a matinee Super Off-Peak period (9 AM - 2 PM). 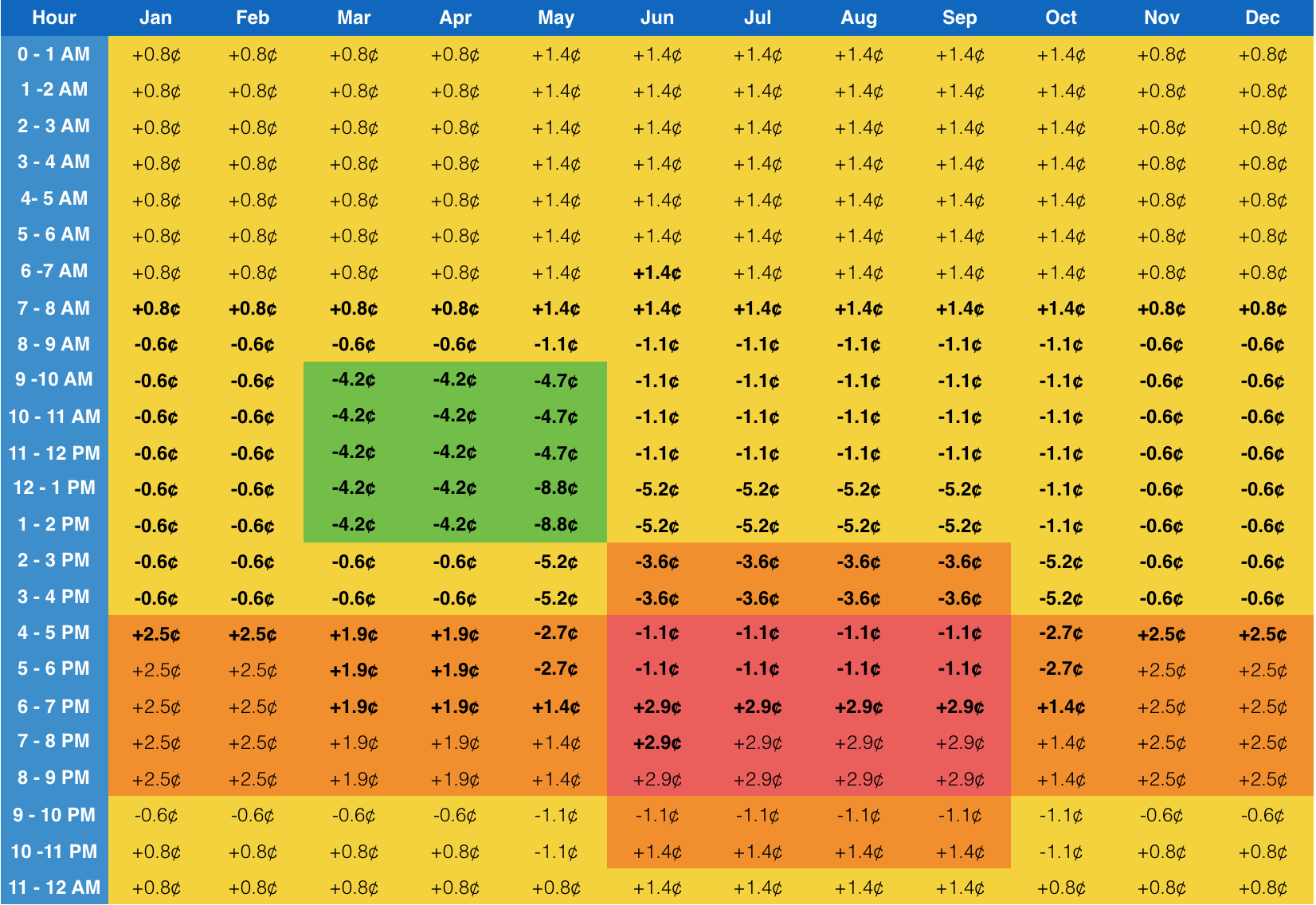 The biggest price change for E-19 comes in  the hours from Noon - 2 PM in the month of May.  Under current rates, these hours are priced as Summer On-Peak (14.4¢/kWh).  Under the proposed rates, these hours would shift to Spring Super Off-Peak (5.6¢/kWh), dropping the per kWh rate by over 60% for those two hours.

Similar to consumption (kWh) charges, demand charges (kW) for both utilities will also conform to the new seasons and TOU periods. Whereas SCE & PG&E made similar changes to volumetric charges, their updates to demand rates are significantly different, as described below.

SCE has dropped their Maximum demand charge in every month by over 20%, but has compensated by adding a Winter Mid-Peak demand charge that replaces almost all of those costs in the winter months.

The overall impact is a slight increase in demand charges for PG&E, despite the new season structure dramatically lowering demand charges in May and October.

It’s obvious that the upcoming changes in TOU periods for both SCE and PG&E will reduce solar savings for commercial and industrial customers, but by how much? Genability set out to answer that question by modeling a 1 MW solar system in both PG&E and SCE territories, under the current and proposed tariff structures. Here’s some of what we found.

As you can see, the Avoided Cost of Power (ACP) will drop significantly for both utilities under the new rate structure, when evaluating just solar.  The demand savings from the tariff switch remain quite similar (~ 5% decrease in savings), for both utilities. But the savings on consumption charges have been reduced dramatically by the new time of use structures, with the impact most notable for SCE, where a 60% offset of the customer’s load reduces consumption charges by only 15%.

The roller coaster for solar in the U.S. (call it a Solar Coaster?) keeps rolling this summer.  The state of Illinois has finalized the credit values for its Adjustable Block Program, which provides solar owners with an...

Later this year, Massachusetts will close out it’s SREC program replacing it with the new Solar Massachusetts Renewable Target (SMART) incentives. While there are still a few details left to be finalized, Genability is able to model the proposed SMART incentives...

At 9 AM this morning (July 9, 2018), Duke Energy North Carolina started accepting incentive applications for their Solar Rebate program and Genability has made the new incentive available via our Incentives API.

Starting on 2/20/2018, the three Hawaiian investor-owned utilities will offer two new programs for customers with solar: Customer Grid Supply Plus and Smart Export. Both programs offer export credits for power provided to the grid, an option...